The trip was fortunately spiced with Suris traditional activities like donga stick fighting and a wedding. There were two donga duels and one wedding which the locals call 'welolo'. Therefore, our client saw three of them. One of the two dongas was bigger than the other. Beside these big events, he also saw a blood drinking and a cow horn bending, which are among the practices of Surma community.

Morning family activities were also really fascinating that showed us the lives of the locals. Grinding, cooking porridge and pumpkin, tanning and decorating cow skins, and making calabash from a tree fruit were some of the activities. He was so happy to see all these in one morning at just one village by the campsite. He had the chance to take part in Suris farmland preparation. he helped the locals in pickaxing the ground and spading the soil. The Suris were interested to see him work and sweat like them. it was a fun time. There was local beer drinking at the farm that showed us two people sharing by sipping together at the same time from one calabash. Sometimes traditions of nomads could be exemplary for most of us who are considering ourselves better but suffering from grid. It is a paradox. 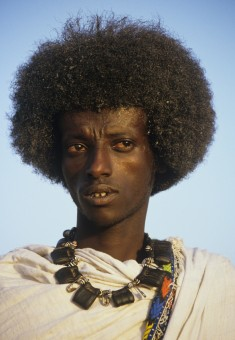 Recently Ethiopia and Eritrea made peace after over 20 years of conflict. In September 2018 the leaders of Ethiopia and Eritrea re-opened crossing points on their shared border. Many of our customers are interested in visiting Eritrea. Our new Cross Boarder Expeditions provide a direct route from Addis Ababa to the Red Sea ports in Eritrea. Eritrea is one of the safest countries in Africa.

For those looking for adventure, we will guide you through fabulous landscapes, offering a lifetime of experience at an affordable price. If you believe in the philosophy of ecological tourism to explore countries in a more humane way, then South Expedition Africa is the right budget tour operator for your trip.

Please take a look at our new trips to Eritrea and the Cross Boarder Expeditions "Ethiopia/Eritrea". The best time to visit Eritrea is October to March. These are regarded as the dry and pleasant months of the year across all the regions of the country. Eritrea is a historically intriguing and culturally compelling country. It offers untamed landscapes with off the beaten tracks and a unique blend of natural and cultural treasures. 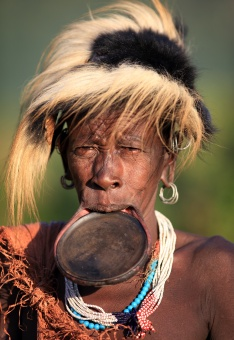 Our loyal client, who had travelled with us for three times already, chose us again and did his fourth trip for 13 days to Suri. He was so excited despite the fact that it was raining on the way and we had encountered a strong fluid to cross over. Even when we were around Kibish, the first few days were frustrating because of relentless rain. Later, the weather showed signs of improvements and made him able to have good pictures which he said was happy with. Some traditional activities that were good enough to his specific needs were also arranged for him.

Though Barkaman was in Kibish and he met him, Barkaman was not able to work for us since he was already employed by a Government office. We however hired another guide called Korkodie.  Our client said he was OK with him.  Finally, we together decided to leave Kibish one day earlier than planned to be on the safe side, because the river called Godere was so big and strong when we were going and we feared it could prevent us from crossing  back. We instead stayed two nights at Bonga guesthouse on our clients choice for he liked his overnight on his way to Kibish. To conclude, he expressed his satisfaction to me and didn’t mind there weren’t ceremonies. He even regretted he wasn’t able to have more time with Suri’s. 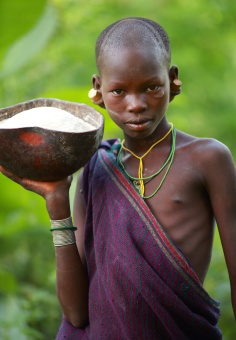 Our client, who had previously travelled with us to Omo valley, North, Afar, and Harar in previous years, took for the third time an expedition to Suri for 22 days. The trip went very well and he was lucky enough to see very important ceremonies of Suri’s like Donga, Kilonga and Wololo. He watched young men and girls dancing and he also danced with them. Donga is a stick fighting, Kilonga is a ceremony to remember a very important old dead person which involves driving huge herds of cattle to the celebration place, and attracts big number of Suri’s with dancing and gunshots in the air until the end and Wololo is a wedding ceremony. He had good shots and videos of these ceremonies. He visited also different villages to take pictures of very old people smocking on traditional tobacco pipes, women cooking and grain milling and so forth. He said he was very much excited to see all these ceremonies during his presence in the area.

Though it was raining and he was under weather for like three days, he wasn’t stopped from doing his photography. He also understood the more the number of days stayed, the more the chances to see ceremonies as he saw a couple of tourists returning before they watched the above mentioned traditional ceremonies. He was also lucky as we were the only ones at the camping site by the river. Those who came after us were camping at the old site which he didn’t like when he saw while passing it. He was also Ok with the local guide, called Korkodie, who worked for the Australian women last time. Our client said he was sure to come again just for Suris and perhaps for Hammer Tribe even though he couldn’t tell when. Finally, please know the tourist office used to be located in Mizan has moved to Aman, a town on the way to Bebeka Coffee farm.